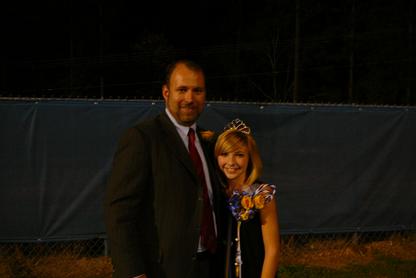 Mr. Armstrong has been practicing law since 1988.  Upon graduation from Cumberland School of Law at Samford University, he began his practice in the litigation department of one of Birmingham's oldest law firms.  During such time, Mr. Armstrong represented businesses of all sizes and individuals in complex business and commercial disputes.

In the mid-1990s, the practice became more focused on representing clients as plaintiffs and defendants in commercial and consumer disputes.  After successfully representing these clients in the commercial and business context, Mr. Armstrong chose to focus his practice in the representation of plaintiffs in civil actions in Alabama and other parts of the United States.  In doing so, Mr. Armstrong has represented thousands of class members or putative class members in halting abusive practices. Currently, Mr. Armstrong represents individuals and businesses as plaintiffs and defendants in most areas of the law.

Mr. Armstrong continues to expand his employment law practice relating to wage and hour issues and other matters arising under the Fair Labor Standards Act. He also continues to focus on areas of consumer protection., including litigation for violations of multiple deceptive trade practices statutes.  During his years of representing his clients, Mr. Armstrong has been involved in many multi-million dollar settlements and verdicts.

Whether your claim relates to personal injury or a business dispute, time is of the essence.  Many disputes are now resolved prematurely at the urging of an insurance company or later tried in the court of public opinion rather than a court of law.  A claim for personal injury resolved prematurely cannot be re-opened if injuries are more severe than when you received a quick offer from the insurance company.  In business, a damaged reputation is often irreparable. A tarnished reputation may be beyond repair even after success in a court of law.

It is essential to have an experienced crisis manager on your team at every stage of a dispute.  Most controversies are resolved out of court through confidential settlements The most important decisions may be made even before you realize you need an experienced attorney. Do not delay in developing a successful strategy at the earliest possible stage.

Representative cases for Mr. Armstrong include the following:

e.       Assisted in numerous complex and class action cases, including, In re: Managed Care Litigation MDL 01334 (S.D. Fla.) representing nearly 700,000 of the Nation’s physicians and several state medical associations. The case, which involved civil RICO claims, expanded to include over 60 healthcare companies, and eventually led to settlements with the physicians, with benefits to the class estimated to exceed $2 billion dollars.

f.        Counsel in one of the first cases to go to trial against a leading ephedra manufacturer, related to the dangers of ephedra-based herbal supplements. The jury returned a $4.1 million verdict tried before the Honorable William A. Acker in Birmingham, Alabama. Although later reversed on appeal, the case led to the establishment of an ephedra MDL, and the global settlement by several manufacturers of ephedra-related injury claims.

g.       Miller v. Neurorecovery, Inc., CV-06-CV-0206-KOB - defense of this shareholder's derivative lawsuit concluded with the successful resolution of the matter through mediation.